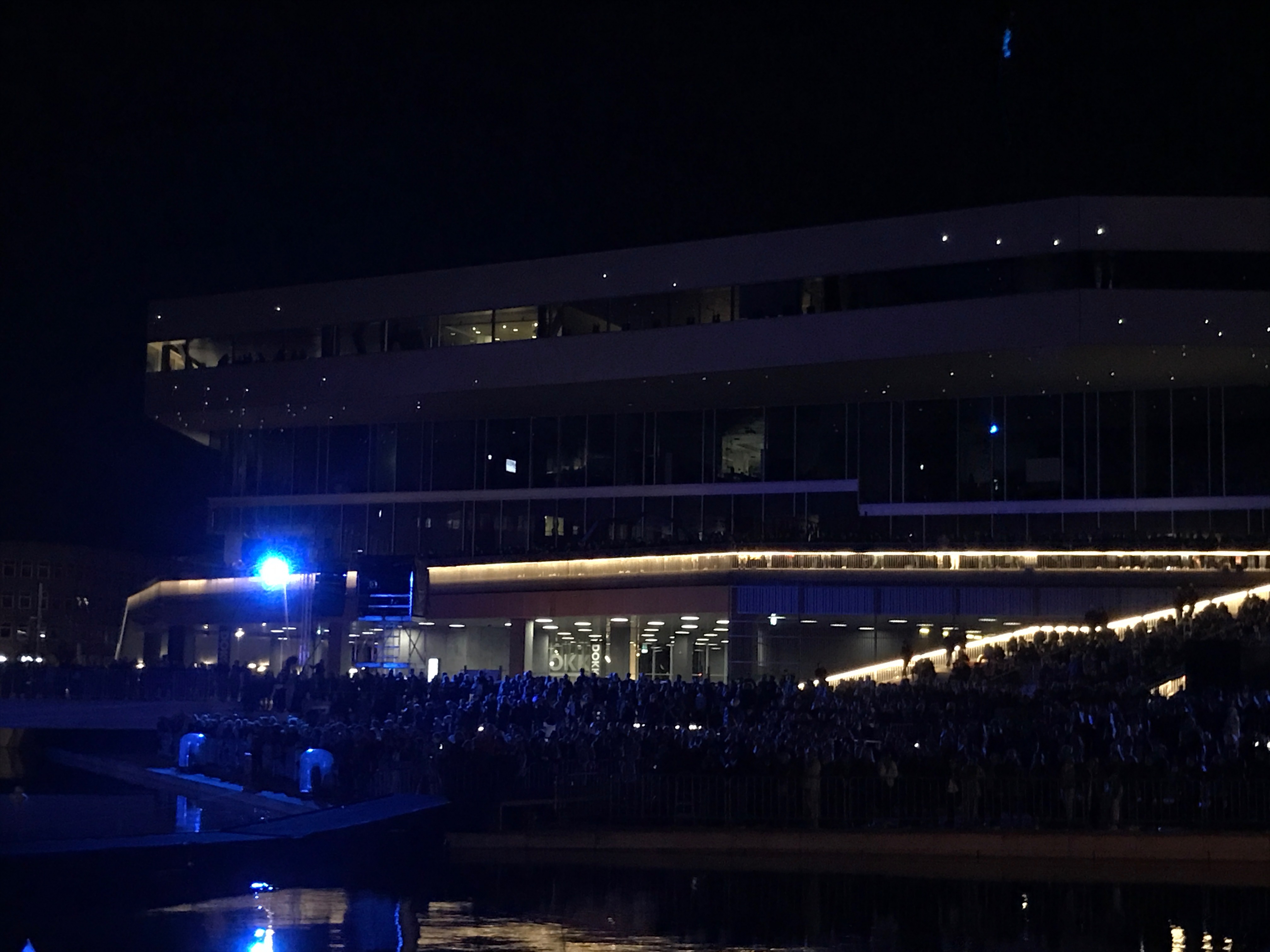 Delivered as part of Aarhus 2017 European capital of culture Aarhus Walks on water demonstrated a convergence between fashion show and stage show.  Through partnerships developed within the Interreg North Sea Region Create converge project, Professor Peter Richardson and David Tree of the Games and Visual Effects Research Lab worked alongside the Modeclixtm team to produce a fashion show with accompanying short film tie in.  The film takes us on a tour of architecture in Hatfield and Aarhus culminating in the lighting of the beacons to coordinate a divers performance.

In addition to the Modeclixtm segment we also collaborated with digital artist and creative director Signe Klejs to develop visual scenes to support the performance elements of the show.  The prime objective of this was to enable full realisation of the vision for the show beyond what was physically possible on location.

We also provided expertise, streaming the event live in 360o Video which enabled viewers from across Europe to tune in.  Placement of the camera afforded viewers a close-up view of the clothes being presented and due to the nature of 360 o Video enabled them to feel as though they were standing alongside the models as they paraded the runway.

Overall the event was very successful with an audience of over 2000 people in attendance and a digital attendance of 500 with a further 1000 people watching the video since the event.